Sayaji FM is own Online Radio Station for The Maharaja Sayajirao University of Baroda, Vadodara, Gujarat, started by RJ Yogesh. Alike our radio station most of our RJs are new here. But all are so dedicated to Sayaji FM that they try to give out their best and work out the best for us. We all know that, usually RJs come at studio for 2-3 hours for their show and then they go out. But at the Sayaji FM being a RJ is not so easy job, coz they are not only Radio Jockey. They are all in all of their show, they do everything for their show, starting from script writing, to selecting tracks, making a playlist, to promoting their show and keeping a touch with their own listeners. They are so hard working individuals that just a word of appreciation is not enough for them. They think good for Sayaji FM & whatever is good for our station as well as whatever entertains our listeners. Our all RJs are friendly and responsive to their listener. They work at friendly environment and also try to create friendly environment on AIR. The one outstanding thing about our Radio Jockey is that they are idea maker too, they give new ideas of shows and they make special show for special day like mother’s day, father’s day, friendship day, valentine’s day, etc.
Come let us take you to the wonderful world of Sayaji FM Team of RJs & let you meet the creators and presenters of show on www.SayajiFM.com

A fake Facebook warning is urging users to avoid accepting a friend request from a user named Jayden K Smith because he is a hacker. Longer versions of this hoax claim accepting the user will result in your account getting hacked. 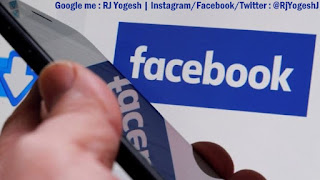 Please tell all the contacts in your Messenger list, not to accept Jayden K. Smith friendship request. He is a hacker and has the system connected to your Facebook account. If one of your contacts accepts it, you will also be hacked, so make sure that all your friends know it. Thanks. Forwarded as received

Don’t accept Jayden K. Smith , she is a hacker and will get into all your friends accounts on your friends list and hack them also so if you get a friend request from her name delete!!!

To all!
Do not accept friends request from Jayden K. Smith! He is a hacker and if you accept, you and all your friends will be hacked!!!!!

This appears to be the latest in a string of fake hacker warnings, none of which have any validity. Such warnings are popular on social media – those that warn of a nefarious hacker who will compromise your security should you accept them into your digital life.
And as we have stated a number of times, such warnings make little sense. You cannot be “hacked” just for accepting a friend requests, and if such warnings were true, why wouldn’t Facebook remove such offending accounts before such warnings had a chance to go viral?
It should also be noted that there are genuine accounts with the name Jayden K Smith but we’ve also seen a surge of fake accounts using this name claiming to be “hackers” pop up as a result of this viral rumour. These accounts belong to pranksters looking to exploit this rumour, not “hackers” or cyber-crooks.
These types of warnings have been around long before Facebook, affecting users of now defunct services such as MSN Messenger, where users would pass on warnings of phantom Messenger hackers trying to add themselves into your contact list. Such warnings were equally as spurious as their more recent Facebook counterparts.
Only last week of the date of this article another fake hacker warning was being spread warning of a hacker called Anwar Jitou, and much of these current warnings are penned exactly the same only with the name of the alleged perpetrator changed. It is likely that many of these warnings start as jokes but take a life of their own when users take them too seriously.
With that said, adding strangers on Facebook isn’t a good idea, and can potentially lead to compromising your privacy and your security, albeit not in the manner described in this warning. Accepting strangers gives them access to more of your personal information which can lead to issues such as identity theft. Some reasons to avoid accepting strangers - read here.
Posted by RJ Yogesh Jangir at 9:55 PM